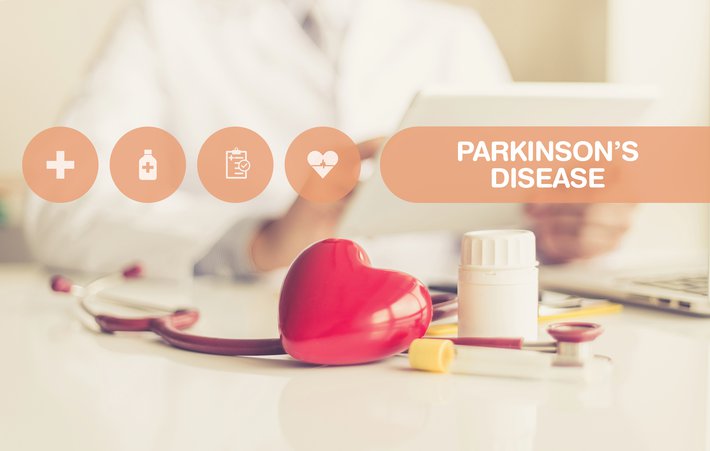 Parkinson’s disease is a condition that usually affects the brain and causes neurodegeneration. It is a progressive illness which develops gradually over a long period, and the damage that occurs in the brain primarily affects movement. At first, one may feel a tremor in the hands, which should not be ignored since this is the first sign of Parkinson’s disease. With time, the body becomes stiff, and one cannot move some parts. Although it is a terminal illness with no cure, people can live a full life with Parkinson’s if they get the correct medication and take it diligently.

So what causes this condition? Is it hereditary? Does our sedentary lifestyle contribute to its occurrence? These are some of the questions that linger on people’s minds. According to research, some cases of Parkinson’s disease is indeed genetically ingrained; thus, it is one of the many hereditary diseases across the globe. For instance, if one has family members that suffer from this disease, there could be a chance that they may get it.

Other causes of Parkinson’s disease are present in the environment one lives in, e.g., certain hazardous toxins like herbicides or pesticides. The environment is a catalyst to the development of this condition later in life. Also, age is a huge factor that contributes to the onset of this condition, which means that the elderly are at a disproportionately higher risk of developing Parkinson’s.

Although this condition is not fatal, it has no cure. However, the complications tend to be severe and may even be life-threatening.

How is Parkinson`s Diagnosed?

There is no particular test to diagnose Parkinson’s disease; it is merely a matter of checking one’s medical and family history, reviewing the symptoms and having a physical exam. The doctor makes conclusions about the disease prognosis from these assessments. In other scenarios, doctors may insist on a DAT (dopamine transporter) scan (given that the neurodegeneration caused by Parkinson’s disease is primarily dopamine-related). However, most doctors rely on the aforementioned symptoms to give the correct diagnosis.

As much as this disease has no cure, scientific facts show that it gets worse with the advancement of Parkinson’s stages. The life expectancy of a person with this condition is approximately ten to twenty years after the first diagnosis of the disease.

As soon as an individual develops Parkinson’s disease, they may experience deterioration of motor activity in one side of their body. However, this symptom is a manifestation of the condition’s advanced stage, while early symptoms include:

Other complications that go hand in hand with this disease include depression, dementia, insomnia, constipation, difficulty eating, and bladder issues. Doctors can treat these problems, making it easier for patients to manage the disease positively.

There are five Parkinson’s disease stages:

The early signs are present at this stage. Although they are mild, people close to the patient can notice the changes.

The tremors become more intense, and the disease continues to attack the body on both sides. Walking becomes difficult, and daily activities seem cumbersome.

Patients cannot move with ease in this phase. They may start losing balance and experience frequent falls. Normal activities such as dressing, bathing, and eating become difficult.

The symptoms become stronger, and patients are in a dependent phase where they need 100% assistance to perform daily activities. Although they can stand, moving is not easy.

This is the last stage of Parkinson’s disease where patients experience advanced symptoms. They can neither walk nor stand; thus, a wheelchair becomes a necessity. People in this stage require 24/7 assistance since they are no longer in control of their motor skills.

It is not easy to live with this condition since one loses independence partly or completely, depending on the stage they are in. However, with the right medication, diet, and recommended exercise, one can still live a high quality life. Since modern science is still advancing, there is hope for new treatments. Therefore, by studying and understanding this condition, patients will have a better chance of embracing it and forging ahead with their family and friends. Moreover, the supportive staff from Buffalo Home Care can make sure that your loved ones with Parkinson’s disease still live full and enjoyable lives. With our housekeeping support and companionship care, Parkinson’s disease is easier to tolerate and manage.

Olivia S. has been a caregiver for her parents for 15 years. She has a master's degree in Public Health and has always been passionate about helping people with disabilities. Now Olivia works as a professional caregiver for in-home care services.

Stroke in Elderly Adults: Overview of Types of Stroke and Prognosis

How to Hire In-Home Care For a Family Member

Are you ready to start right now?

If you or someone you love and care need care - please do not wait till tomorrow, give us a call and we will advise you free of charge